Campaigning a necessity to challenge state strategy of ‘divide and conquer’

A combination of confusion, anger and despondency has taken root in the Irish language community over the past month as people digest the repercussions of the disastrous decisions taken by Foras na Gaeilge. These will end core-funding for many organisations in the six counties and across the island, as part of a wide-ranging programme of cuts that has been planned by the Free State government since 2009.

As often happens in such ‘top-down’ processes of ‘divide and conquer’, much of the anger is directed at the gate-keepers, bean-counters and middle-men of the Foras itself. Despite this, the primary driver and defining context of this assault must be recognised as government cuts by the 26 county state.

When the so-called ‘Celtic Tiger’ spectacularly collapsed in 2008, the then Gaeltacht Minister, Eamon Ó Cuív, promised the elites that he could make ‘significant savings’ for the public purse by amalgamating and scrapping Irish language groups. It is no surprise, perhaps, after many generations of deception and sham that the Irish language community was forced into the queue of vulnerable victims that gave a free rein to bankers who gambled economic sovereignty away.

Driven by Thatcherite neo-liberalism, the approach neglected revival and community regeneration and was replaced by ‘performance indicators’, ‘measurable targets’ and ‘results’. It was from this rationale that Foras na Gaeilge received a directive from the North-South Ministerial council in December 2009, to ‘reorganise’ the Irish language voluntary sector through ‘rationalisation’ that promoted ‘cost-effectiveness’.

Although language activists weren’t opposed to a restructuring process that properly assessed and evaluated services and resources, it was in the absence of any form of comprehensive research or auditing on the work and worth of core-funded groups, not to mention, language planning, that Foras na Gaeilge proposed ‘schemes’ in 2011, by announcing a competitive ‘new funding model’ that would bring an end to the 19 core-funded groups across the island in favour a small number of ‘lead organisations’.

When all this is taken into consideration, it is a source of surprise that the groups manage to garner a couple of extensions, a public ‘consultation’ and a protracted ‘stay of execution’, during which crippling cuts were relentlessly imposed, before the majority of the ships were forcibly sunk in January 2014, with a similar but ‘newer’ funding model.

It was decided, through a classically divisive methodology, that the ‘heads’ of the 6 new ‘lead-organisations’ would sit on a ‘Forum’ with representatives from the Foras na Gaeilge ‘gatekeepers’ to enshrine a ‘new era’ for the Irish language. These seats at the top table for an appointed minority will ensure the disempowerment of the community and severely endanger the independent voice of the funded Irish language sector.

‘All-Ireland’ rhetoric and claptrap was skilfully utilised to deceive some naïve politicians into believing that we are destined for a more effective model. However, any objective analysis suggests that the new arrangements will only serve to strengthen partitionism with every lead organisation, and the associated influence bestowed upon them, located for the most part in Dublin’s Golden circle.

fifteen years after the Good Friday Agreement and thirteen years since the Foras itself was founded, it seems that Free-State civil servants, in conjunction with a sleepwalking DCAL department, have succeeded in pushing us back to the old status quo when Bord na Gaeilge ruled the roost, with the ‘black north’ a mere footnote on the map.

The limited status that the Irish language community in the North received through the cross-border Foras was important in that it created the space to build a physical infrastructure with offices, projects and staff working on the ground. It was a start in a hostile state where the language suffered due open contempt and legislative persecution for 75 years, where it survived in spite of the state through voluntary endeavour that fostered the community-based Irish-medium education revolution.

After a mere thirteen years of recognition, this work is undoubtedly only in the early throes of building expertise, best-practice and a strong foundation against the backdrop of continuing widespread hostility amongst political unionism that continues to stymie the potential of the Irish language community in the north. With funding to be removed from groups like POBAL, Forbairt Feirste, Altram agus Iontaobhas Ultach, there is a distinct uncertainty again for Irish language resources in the sectarian state in the north, where the discourse of ‘good-relations’ and a ‘shared future’ are continually used to keep Irish speakers at the back of the bus.

This was recognised at international level the day before the assault on the Irish language groups when the Council of Europe confirmed that the Stormont Executive was clearly failing it is duty to provide equality of treatment to the Irish language in a range of domains such as education, the media, the courts and public signage.

Citizens and tax-payers in the six counties are entitled to equality and value for money in terms of state investment in Irish language serivces. We require a language infrastructure that fulfils our needs as a language speaking community with specific rights and entitlements. This means jobs, projects, offices, resources and strong, capable groups based in the north. In the short-term, there is a need to fight to preserve the current jobs and resources that are in danger while recognising that this is merely the beginning of a long-term, broad-based battle to be waged in the time ahead.

It’s topical that these attacks are taking place as a new climate of campaigning has emerged in the southern jurisdiction following a deeply inspiring demonstration last Saturday 15 February where 10,000 Gaels reclaimed the capital city. The spotlight was firmly shone on the dishonesty and deception of the Free State government towards the language. With state support for the Gaeltacht community on its last

legs, the Language Commissioner having resigned from his post and the so-called government ‘Language strategy’ in tatters, a diverse constituency of Gaels came together determined to fight back.

It was a political reawakening for the Irish language community on a national scale that also emphasised the systemic discrimination suffered by Gaels in the sectarian state in the north in the absence of any legislative protection.

This also highlighted the merits of more locally directed campaigning in the context of endemic discrimination here in the north, whilst realising the importance of remaining rooted in the same national struggle being waged by communities across the island who are similarly committed to the reconquest of the language.

It’s from this logic of struggle that another public demonstration and march has been announced for Belfast on April 12 to ‘build on the wave of energy which currently is flowing thus turning it into an unstoppable tide, and into a proud, united, open community that is defined by solidarity, love and joy’ as stated by the Nosmag editorial.

If the ‘new era’ we were promised is to come to pass, then its timely that we foster a bottom-up campaigning culture that builds a movement, that raises our voices, demands our rights, protects our services and challenges the strategy of ‘divide and conquer’ of both failed states in Ireland. 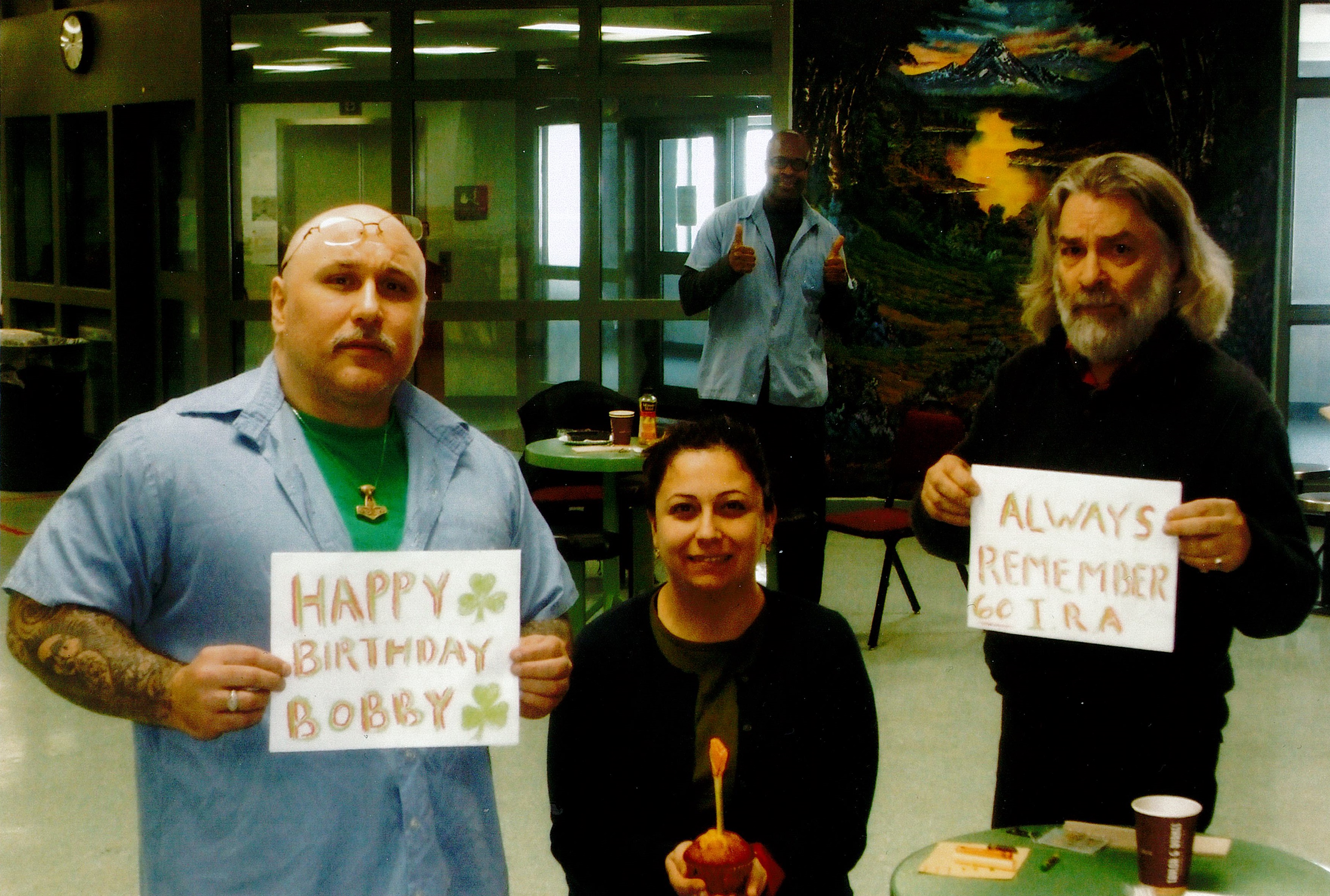 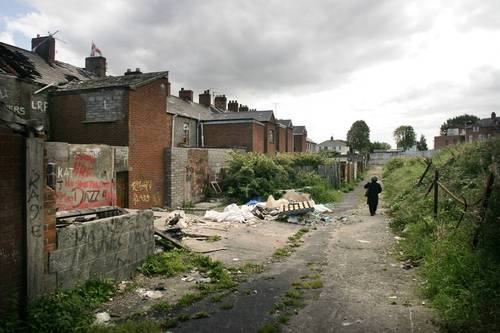 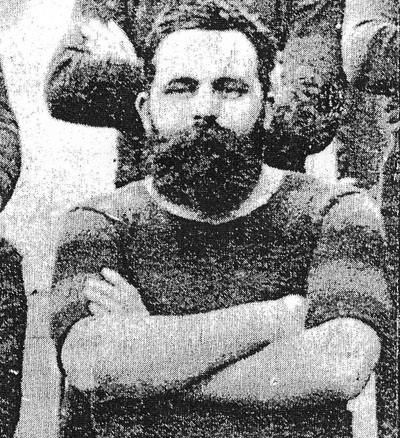 The Poppy – The symbol of Imperialism